Sharing the books I read in October and if I’d recommend adding these to your list!

Hi friends! How are you? I hope you had a wonderful weekend! The Pilot had a promotion at work – I’ll share some pics in Friday Faves – and we had a blast celebrating with friends and family. This morning, I have a ton of work stuff to do because I’m headed out of town this week for a business mastermind. I’m looking forward to a walk with Maisey to break up the day and a couple of 1:1 coaching calls.

For today’s post, I’m sharing the books I read last month! It was a hit and miss month, and I have high hopes for a couple of new books on the ol’ nightstand. Here’s the recap of October’s books.

I picked up a copy of The Cancer Revolution because I follow Dr. Connealy on Instagram and LOVE her account. She shares so much valuable info, and I think it’s fascinating to be able to follow someone who treats cancer frequently, and successfully. She uses a blend of alternative and traditional therapies, including IV vitamin infusions, oxygen therapy, red light, detox strategies, and sauna, in addition to low-dose chemotherapy. I wanted to read this book because I’m all about empowering myself with extra tools and information, and found so many valuable resources in this book for preventing cancer, treating cancer, potentially helpful supplements and more. 10/10 recommend.

When it comes to cancer, conventional doctors are trained to treat their patients exclusively with surgery, radiation, and chemotherapy. These methods are grueling on the whole body – and they don’t treat beyond the tumor or the cancer itself. The focus is on the disease, not the whole person – and because of this, the outcomes in conventional medicine can be bleak.

But it doesn’t have to be this way. Dr. Leigh Erin Connealy has developed a whole-person approach to treating cancer – and these treatments have helped thousands of patients through her Cancer Center for Healing. In The Cancer Revolution, Dr. Connealy shows you how to get to the root causes of cancer and the practical steps you can take to get back on the path to healing — from balancing your body’s chemistry with nutritional supplements, following a healthy food plan, detoxifying your body and home, exercising regularly, getting deep restful sleep every night, practicing stress reduction techniques, and putting together a supportive healing team.

Chemotherapy and radiation have their place in treatment, but in many cases, they are simply not enough, because cancer isn’t caused by one thing, but by many different factors. All of these causes must be addressed, not just the tumor. The Cancer Revolution will equip you to make impactful, achievable lifestyle choices that fight the root of the disease, and that offer hope for recovery and a cancer-free life.

You guys. This book was WILD. I listened to the audio version and the narrator was fantastic. I loved the different voices for characters and truly brought life to this Butterfly Effect-ish story. The premise of the book is that a man named Jake Epping is tasked with using a portal to go back in time to stop the assassination of JFK. In the process, he also wants to save and change the life of someone he knows. Jake learns the ramifications of altering the past, in addition to trying to decide if he wants to return to the present day at all.

I’ve never read anything by Stephen King before, since I typically stay away from *scary* or gruesome books. This book was intense, and some parts were hard for me to listen to, but I can see why Stephen King is so popular lol. My only problem with this one is that is it LONG. The guy is wordy. He probably could have ditched about 200 pages in the middle. At the same time, the character development is so deep, and I still find myself thinking about it (especially the ending!). I’d give it a 9/10. I want to watch the series on Hulu now, too!

On November 22, 1963, three shots rang out in Dallas, President Kennedy died, and the world changed. What if you could change it back?

In this brilliantly conceived tour de force, Stephen King – who has absorbed the social, political, and popular culture of his generation more imaginatively and thoroughly than any other writer – takes listeners on an incredible journey into the past and the possibility of altering it.

It begins with Jake Epping, a 35-year-old English teacher in Lisbon Falls, Maine, who makes extra money teaching GED classes. He asks his students to write about an event that changed their lives, and one essay blows him away: a gruesome, harrowing story about the night more than 50 years ago when Harry Dunning’s father came home and killed his mother, his sister, and his brother with a sledgehammer. Reading the essay is a watershed moment for Jake, his life – like Harry’s, like America’s in 1963 – turning on a dime.

Not much later his friend Al, who owns the local diner, divulges a secret: his storeroom is a portal to the past, a particular day in 1958. And Al enlists Jake to take over the mission that has become his obsession – to prevent the Kennedy assassination.

So begins Jake’s new life as George Amberson, in a different world – of Ike and JFK and Elvis, of big American cars and sock hops and cigarette smoke everywhere. From the dank little city of Derry, Maine (where there’s Dunning business to conduct), to the warmhearted small town of Jodie, Texas, where Jake falls dangerously in love, every turn is leading, eventually of course, to a troubled loner named Lee Harvey Oswald and to Dallas, where the past becomes heart-stoppingly suspenseful – and where history might not be history anymore. Time-travel has never been so believable. Or so terrifying.

I had high hopes for this Book of the Month pic, and thought it would be a fun choice for fall/Halloween. Just under halfway through, I’m calling it quits. I’m so bored and there are too many books to be read. If you want my copy, I’m happy to pass it along!

A vivid reimagining of the woman who inspired Hester Prynne, the tragic heroine of Nathaniel Hawthorne’s The Scarlet Letter, and a journey into the enduring legacy of New England’s witchcraft trials.

Who is the real Hester Prynne?

Isobel Gamble is a young seamstress carrying generations of secrets when she sets sail from Scotland in the early 1800s with her husband, Edward. An apothecary who has fallen under the spell of opium, his pile of debts have forced them to flee Edinburgh for a fresh start in the New World. But only days after they’ve arrived in Salem, Edward abruptly joins a departing ship as a medic––leaving Isobel penniless and alone in a strange country, forced to make her way by any means possible.

When she meets a young Nathaniel Hawthorne, the two are instantly drawn to each other: he is a man haunted by his ancestors, who sent innocent women to the gallows––while she is an unusually gifted needleworker, troubled by her own strange talents. As the weeks pass and Edward’s safe return grows increasingly unlikely, Nathaniel and Isobel grow closer and closer. Together, they are a muse and a dark storyteller; the enchanter and the enchanted. But which is which?

In this sensuous and hypnotizing tale, a young immigrant woman grapples with our country’s complicated past, and learns that America’s ideas of freedom and liberty often fall short of their promise. Interwoven with Isobel and Nathaniel’s story is a vivid interrogation of who gets to be a “real” American in the first half of the 19th century, a depiction of the early days of the Underground Railroad in New England, and atmospheric interstitials that capture the long history of “unusual” women being accused of witchcraft. Meticulously researched yet evocatively imagined, Laurie Lico Albanese’s Hester is a timeless tale of art, ambition, and desire that examines the roots of female creative power and the men who try to shut it down. 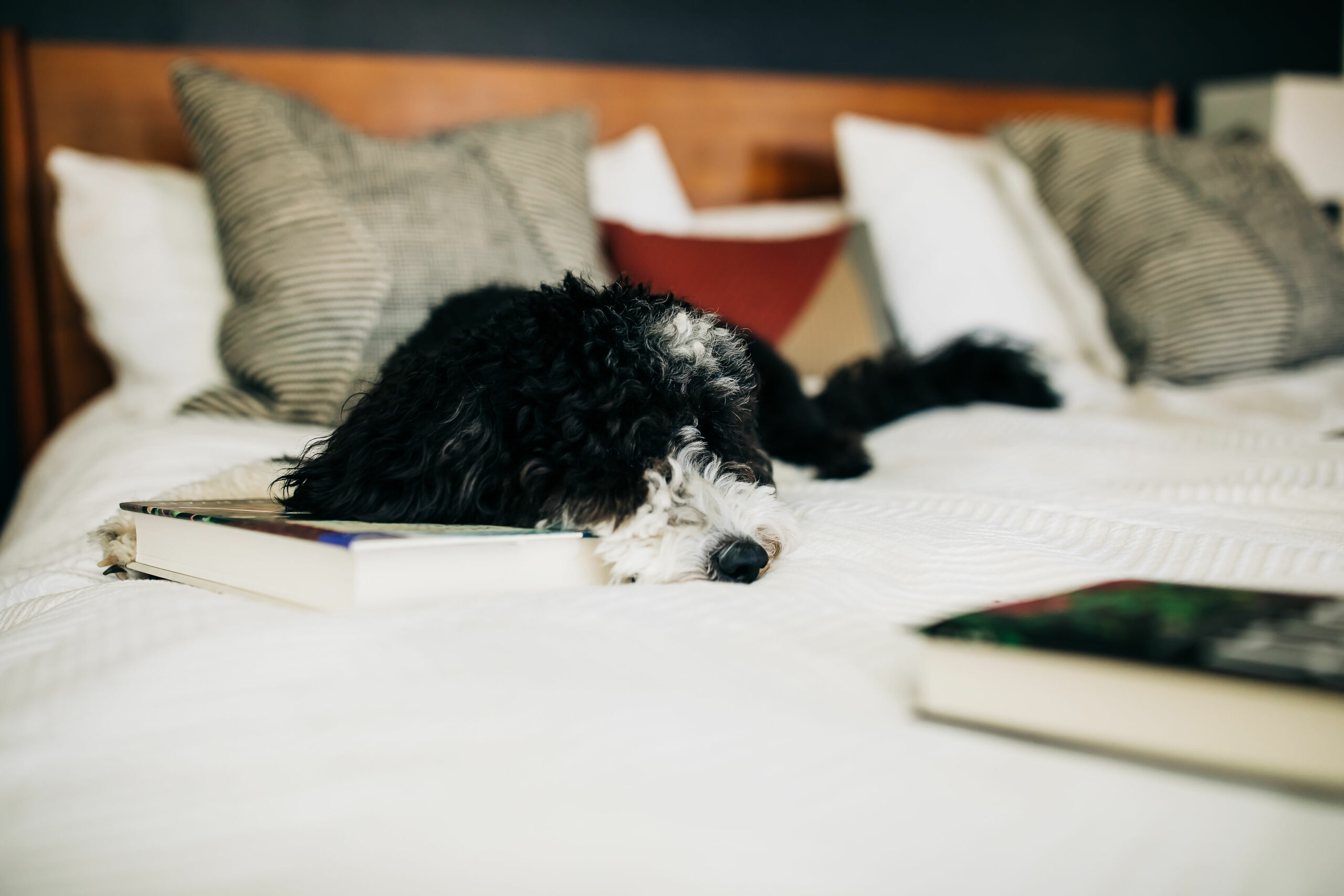 I was so thrilled when my very favorite released a new cookbook. You can always depend on Ina for recipes that are tested meticulously and taste amazing. I have around a 99% success rate with Ina recipes, and she’s my go-to when I’m looking for a dinner party recipe or crowdpleaser. This cookbook is focused on go-to dinners that can be made fairly quickly, along with sides and desserts. The desserts selection is worth it alone (a glorious chocolate tart and cupcakes), and I can’t wait to add some of these new meals to the rotation.

Even Ina Garten, America’s most-trusted and beloved home cook, sometimes finds cooking stressful. To make life easy she relies on a repertoire of recipes that she knows will turn out perfectly every time. Cooking night after night during the pandemic inspired her to re-think the way she approached dinner, and the result is this collection of comforting and delicious recipes that you’ll love preparing and serving. You’ll find lots of freeze-ahead, make-ahead, prep-ahead, and simply assembled recipes so you, too, can make dinner a breeze.

In Go-To Dinners, Ina shares her strategies for making her most satisfying and uncomplicated dinners. Many, like Overnight Mac & Cheese, you can make ahead and throw in the oven right before dinner. Light dinners like Tuscan White Bean Soup can be prepped ahead and assembled at the last minute. Go-to family meals like Chicken in a Pot with Orzo and Hasselback Kielbasa will feed a crowd with very little effort. And who doesn’t want to eat Breakfast For Dinner? You’ll find recipes for Scrambled Eggs Cacio e Pepe and Roasted Vegetables with Jammy Eggs that are a snap to make and so satisfying. Ina’s “Two-Fers” guide you on how to turn leftovers from one dinner into something different and delicious the second night.

And sometimes the best dinner is one you don’t even have to cook! You’ll find Ina’s favorite boards to serve with store-bought ingredients, like an Antipasto Board and Breakfast-for-Dinner Board that are fun to assemble and so impressive to serve. Finally, because no meal can be considered dinner without dessert, there are plenty of prep-ahead and easy sweets like a Bourbon Chocolate Pecan Pie and Beatty’s Chocolate Cupcakes that everyone will rave about.

For Ina, “I love you, come for dinner” is more than just an invitation to share a meal, it’s a way to create a community of friends and family who love and take care of each other, and we all need that now more than ever. These go-to recipes will give you the confidence to create dinners that will bring everyone to your table.

What are you reading right now? I’m looking for a pageturner after the Hester letdown.

Have a wonderful morning and thank you so much for stopping by the blog today!

This article was originally published by Fitnessista.com. Read the original article here.
Previous Post Best Lookout Points in the World for Unbeatable Views
Next Post With Heaven’s Door Whiskey, Holiday Entertaining Is as Easy as One-Two-Three

What is Metabolic Activity? A Detailed Guide

What is Metabolic Activity? A Detailed Guide